See What Studies We Are Currently Conducting.

Excell Research is conducting a variety of active studies to better treat and serve patients of all kinds in the San Diego area.

Find out what study you may potentially qualify for or contact us for more information today!

Treatment Studies As Of November 2022

and see if you qualify for one of our studies!

A biomarker may be used as a test to see how a person will respond to a certain drug, or how they will tolerate a certain treatment.

The iMatchDepression program is led by Denovo Biopharma with the goal to help people with depression who do not respond well to current treatment options. A goal of the DB104-01 study is to help develop personalized medicine for certain people with depression who have a specific gene variant (genotype) referred to as biomarker DGM4. If you decide to enroll in iMatchDepression, your DGM4 biomarker status will be determined by testing a sample of your saliva. Based on the results, you may be invited to participate in the DB104-01 study. There is no cost to join the Registry.

Excepted from “The 988 Mental Health Hotline Is Coming. Is America Ready?” from US News and World Report 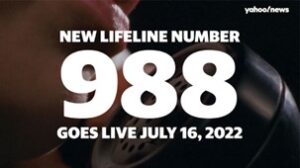 988, the mental health equivalent of 911, is about to launch across the United States.

As of July 16th, a new 988 number is available 24/7 for Americans dealing with a mental health crisis. It’s akin to 911, long used to get help for medical emergencies.

The new code will replace the 10-digit number currently used to reach the National Suicide Prevention Lifeline, which was established in 2005. Health officials expect the easy-to-remember 988 to spur a surge in calls.

The trouble is, few jurisdictions are ready for that, according to the new study, by the nonprofit research organization RAND Corp.

“At the service level, the 988 transition is a simple number change,” said Ryan McBain, a RAND policy researcher who co-led the study. But on the ground, McBain said, it’s a different story.

For one, local crisis centers need enough counselors to handle any influx of calls. Beyond that, some callers will need additional in-person help.

Yet, the study found, many jurisdictions lack such resources. It surveyed 180 state, regional and county health officials, and found that only half said their jurisdiction had short-term “crisis stabilization” services to which callers could be directed.

Even fewer — 28% — had urgent care units that could be dispatched to people in urgent need. Meanwhile, only 22% had call centers that could schedule mental health appointments on behalf of people who wanted them.

On top of those shortfalls, most local hotlines did not offer text or online chat options. That’s a key gap, McBain said, since teenagers and young adults often prefer those modes of communication.

Overall, McBain said, the findings confirm the concerns of many mental health experts: Jurisdictions have not had the time or resources to prepare for the 988 rollout.

The 988 code was authorized by Congress in 2020, with the intent of giving Americans an easier way to reach the National Suicide Prevention Lifeline. The Lifeline is a network of almost 200 crisis centers throughout the United States. When people call the national number, they are connected with the center closest to them to speak with a trained counselor and, if needed, get help finding local resources.

“It’s when it comes to referral to local services that things will get more complicated,” said Trestman, chair of the American Psychiatric Association’s Council on Healthcare Systems and Financing.

To read the full article, visit US News and World Report.

Project RockSTARR is a donation program that puts sponsors’ advocacy support to work, building relationships between advocacy and research at the local level, and supporting community efforts to help those living with mental illnesses.

The RockSTARR program is simple: when a volunteer screens for a study, they are given information about the advocacy organizations and resources within their community. At that moment, the volunteer is given the opportunity to allocate a donation (provided by the Sponsor) to a local advocacy group.

Youth With Migraines Twice as Likely to Have Anxiety, Depression

Children and adolescents who get migraines may have a greater risk of experiencing anxiety and depressive symptoms and disorders compared with their peers who do not get migraines, according to a report published in JAMA Pediatrics.

“The association between migraine and anxiety and depressive symptoms and disorders is likely bidirectional and multifactorial,” wrote Katherine Falla, M.D., of the University of Calgary and colleagues. “The experience of pain and internalizing symptoms may result in mutually reinforcing behaviors, such as reduced sleep and withdrawal from activities, and mutually reinforcing cognitive patterns, such as negativity bias and attention bias.”

Falla and colleagues conducted a systematic review of case-control, cohort, and cross-sectional studies that assessed the association between internalizing symptoms and/or disorders and experiences of migraines in children and adolescents 18 years or younger. They searched MEDLINE, Embase, PsycINFO, and CINAHL databases for studies that assessed symptoms and disorders on the spectrum of anxiety disorders, depressive disorders, and trauma- and stressor-related disorders, as defined in DSM-5. The authors reviewed 80 studies, and 51 included data that were able to be pooled in a meta-analysis.

Anxiety and depressive symptoms were significantly higher in children and adolescents who had migraines compared with controls. Further, youth who experienced migraines were about twice as likely to have an anxiety or depressive disorder compared with those without migraines. In studies that compared children and adolescents who experienced migraines with those who had other headache disorders (tension-type headaches, new daily persistent headaches), no significant differences emerged for internalizing symptoms between the two groups.

This study “is one more piece of evidence supporting our need to address and improve mental health care for youth,” wrote Jessica Hauser Chatterjee, M.D., Ph.D., and Heidi Blume, M.D., M.P.H., of the Seattle Children’s Research Institute in an accompanying commentary. “It is likely that youth with migraine are particularly vulnerable to experiencing significant adverse effects and poor outcomes related to mental health disorders, but more work is needed to investigate these associations. There needs to be a radical evolution in how the medical and governmental systems support mental health of youth with migraine, other headache syndromes, neurological disorders, and other chronic health problems.”

For related information, see the Psychiatric News article “Psychiatrists Have a Role in Managing Pediatric Pain.”

Don’t miss out! To learn about newly posted articles in Psychiatric News, please sign up here.